I design games. Small ones mostly. I design characters, their stories and bring them to life. I also take pictures with my mirrorless camera. Vienna's streets and people. I like FOSS, GNU/Linux and most kinds of freedom. And i turn wheels, big and small.

©2022 Chris Hilgert | Template by Bootstrapious.com & ported to Hugo by Kishan B

Place and rotate your player-disks wisely. They function as directional force fields when the action is launched. When both players are done preparing their moves, the turn is played out. Just try to get that ball in your opponents goal. 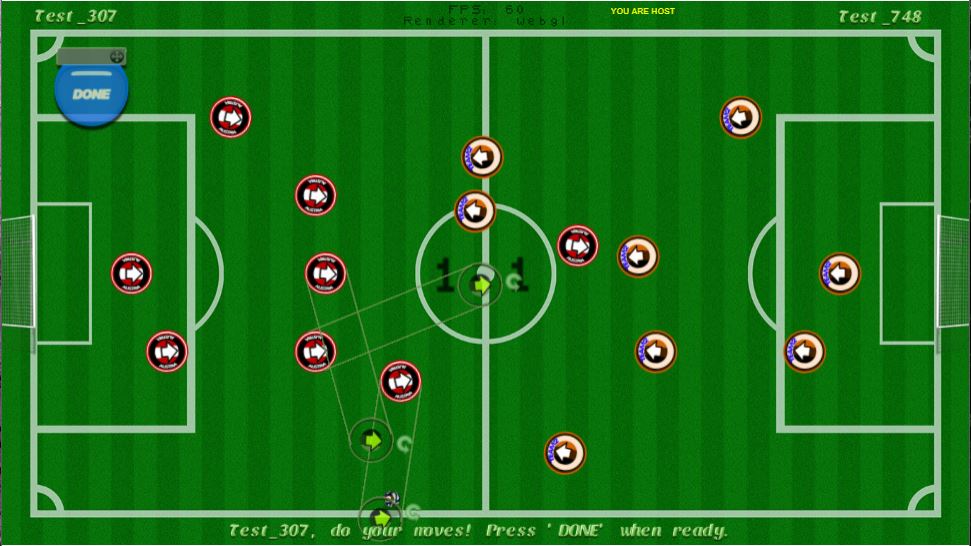 __This is a 2 Player game in Beta state.__ Players will be paired up as they arrive (for now). So, it is very likely that noone else is here when you start. To just check it out or get some practice duplicate your browser tab and play against yourself... or call in a friend by sending them the browser URL.

The ball will move as hit by the force fields while in motion. The turn ends when all moving objects came to a halt or a goal was hit.

The game uses a complex communication protocol and will still be buggy for some. Especially when using browser tab functionality that blocks unfocused tab’s communications and such nonsense :). If you play against yourself to test, use maybe 2 extra browser windows instead of tabs or even 2 different browsers to make it work nicely.

I, personally, love the idea and the concept of this game. This is why it is here, even if it is a somewhat buggy prototype. It is a conceptual experiment that allows very complex gameplay and moves, while still being simple enough to allow pre-school players. Maybe, someday, it will be converted into a real game project.